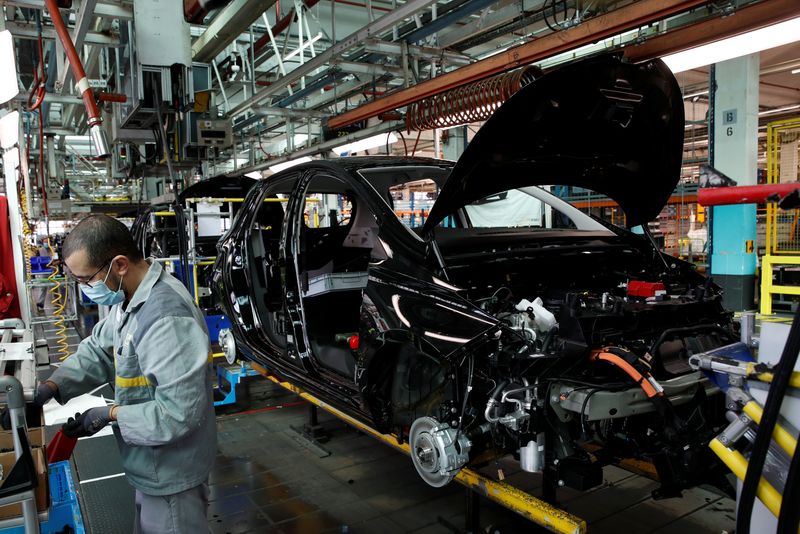 © Reuters. FILE PHOTO: Employees, wearing protective face masks, work on the automobile assembly line of Nissan Micra cars at the Renault automobile factory in Flins as the French carmaker ramps up car production with new security and health measures during the outb

PARIS (Reuters) – French Finance Minister Bruno Le Maire said he would hold further talks with Renault (EPA:) chief executive Luca de Meo regarding Renault’s alliance with Nissan (OTC:) and that France was keen for Renault to hold onto its industrial and technological advantages.

“I will talk about it soon with Luca de Meo, we are in talks with Luca de Meo. We just want to make sure that the decisions taken by Renault keep the alliance between Renault and Nissan, and that it will be in the interests of Renault, in terms of technologies and platforms,” said Le Maire at the Paris Car Show.

Renault is Nissan’s largest shareholder with 43% while the Japanese automaker in turn owns 15% in Renault. The French state also owns about 15% of Renault.

The two companies said last week they were in talks about a new phase in their partnership that could include Nissan investing in a new electric vehicle venture Renault plans to carve out from its business.