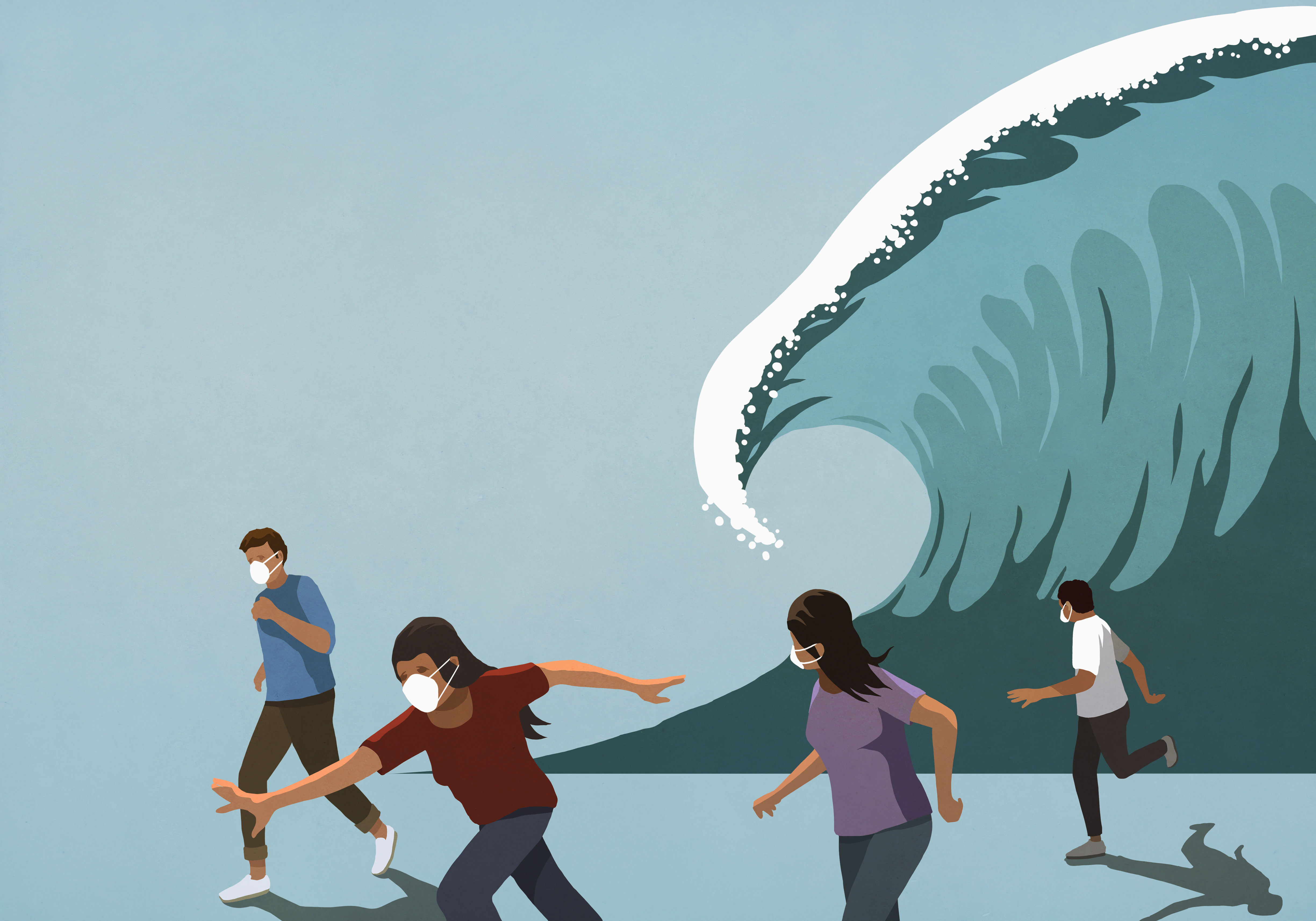 XBB—a new, extremely immune-evasive Omicron variant surging in Singapore—hasn’t yet been detected in the U.S. But its child has.

XBB.1 was first detected in the U.S. on Sept. 15 and comprised 0.26% of cases that were genetically sequenced over the past 15 days, Dr. Raj Rajnarayanan, assistant dean of research and associate professor at the New York Institute of Technology campus in Jonesboro, Ark., told Fortune. He cited data from GISAID, an international research organization that tracks changes in COVID and the flu virus.

Only 16 XBB.1 cases have been detected in the U.S. so far, and most have been found in New York—considered a bellwether state due to its volume of incoming international travelers and robust genetic sequencing capabilities, Rajnarayanan said.

XBB is a combination of two different Omicron spawns. It, along with BQ.1.1, is considered to be the most immune-evasive COVID variant so far, surpassing the immune-evasiveness of shared ancestor BA.5, which was dominant across the globe this summer.

Scientists, including top U.S. infectious disease expert Dr. Anthony Fauci, expect a fall and winter wave of cases in the U.S. that begins to surge in October and peaks in January. It’s still unclear which COVID variant may fuel that wave. On Friday the U.S. Centers for Disease Control and Prevention announced that heavyweight Omicron spawn BQ.1 and BQ.1.1 are in the U.S., and quickly rising. With XBB present as well, the scene has been set for a potential battle royal between two formidable variants.

Compared to XBB, XBB.1 features just “one small change” to the spike protein, which the virus uses to attach to and infect cells. The impact of the alteration is unknown, according to Rajnarayanan.

It’s one of multiple XBB offspring being eyed by variant trackers globally that are helping fuel Singapore’s wave—despite a significantly vaccinated and boostered population.

Rajnarayanan isn’t worried about one variant in particular right now, as current Omicron spawn are all picking up similar mutations that confer advantages like increased transmissibility and additional ability to evade immune systems.

He’s keeping a close eye on XBB. But he’s keeping a closer eye on BQ.1.1, which, along with parent BQ.1, was estimated to comprise more than 11% of cases in the U.S. last week—this on the first day the two variants were broken out into their own categories from ancestor BA.5.

BQ.1.1 is surging in New York and also rising in European countries like Germany, where Oktoberfest celebrations may have served as super-spreader events. Its extreme immune evasiveness “sets it up to be the principal driver of the next U.S. wave in the weeks ahead,” Dr. Eric Topol, a professor of molecular medicine at Scripps Research and founder and director of the Scripps Research Translational Institute, tweeted on Friday.

On Thursday, he told Fortune that scientists won’t know to what extent it evades vaccine protection, if it does, until it reaches 30% to 50% of cases somewhere.

“It’s not going to wipe out vaccine efficacy, but it could put a dent in protection against hospitalizations and death,” he said.

A dwindling toolbox and an upcoming fight

Both XBB and BQ.1.1 are known to escape antibody immunity, rendering useless monoclonal antibody treatments used in high-risk individuals with COVID. According to a study last month out of Peking University’s Biomedical Pioneering Innovation Center in China, both escape immunity from Bebtelovimab, the last monoclonal antibody drug that is effective on all variants, as well as Evusheld, which works on some. And both could lead to more severe symptoms, the authors wrote.

The ability of XBB to evade immunity is “extreme,” approaching the level of immune evasion shown by SARS, a coronavirus that infected thousands and caused nearly 800 deaths in the early 2000s, the authors added.

BQ.1.1 and XBB are so distinct from other Omicron strains that they should be granted new Greek letter names, like Pi or Rho, by the World Health Organization, Topol told Fortune last week.

Whether the two strains eventually battle for dominance in the U.S.—or anywhere else—remains to be seen. They may even find themselves sparring in one host—and the result could be a strain that combines the two, Dr. Ryan Gregory, a professor of evolutionary biology at the University of Guelph in Ontario, Canada, told Fortune. Or descendants of the two might find themselves battling it out instead.

With the virus’s record rate of evolution, the possibilities are seemingly endless.